I get to know Monica and Dio through a mutual friend Nicholas. It started off with Monica being my fashion shoot client from Indonesia. After the first fashion shoot, she fell in love with my candid style of photography and subsequently arranged for numerous shoots in Bali and Jakarta. In the process we became really close friends and often hang out together after work during the trips. I was given the opportunity to photograph both of them during our recent trip to Jogja. Both of them are one of the most intimate couples I have seen in 8 years. Hanging out with Monica during the trips, i realised she had a really kind personality. For instance, when visiting places for dinner, she would offer to buy cakes and snacks for the hotel receptionists (Even though they were strangers!). She show sincere gratitude to almost everyone she met. ⠀

During the shoot day, the weather was unpredictable. One moment it was sunny and shortly after we started, there was a heavy downpour. Everyone in the beach ran for shelter but we decided to make the best out of the weather. So we took some amazing rainy candids!
Both of them were really open to try out new ideas I suggested.. even though it meant getting their dress and pants wet they just never hesitated at all. The result is this set of beautifully crafted engagement shoot full of natural emotions. 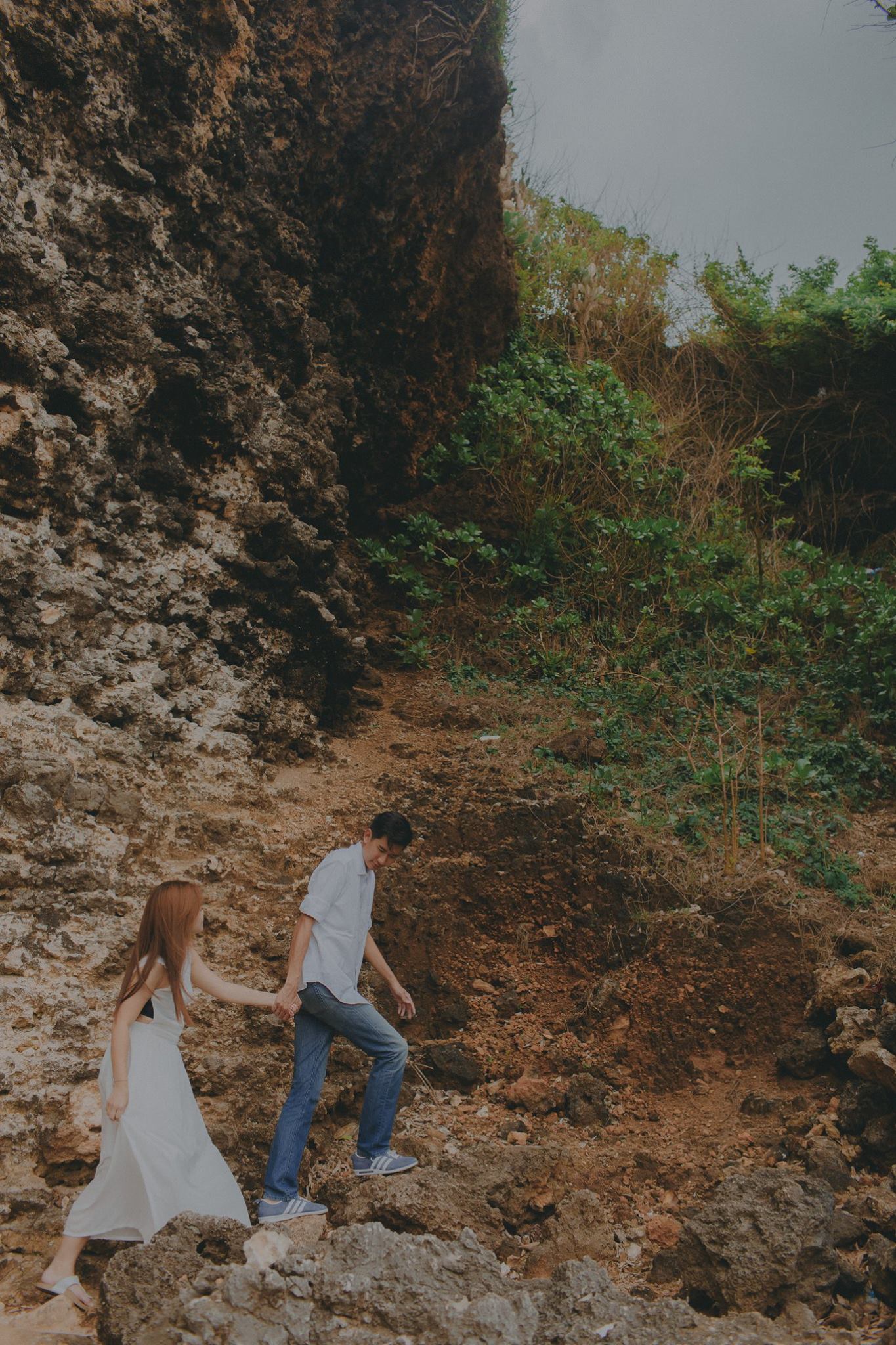